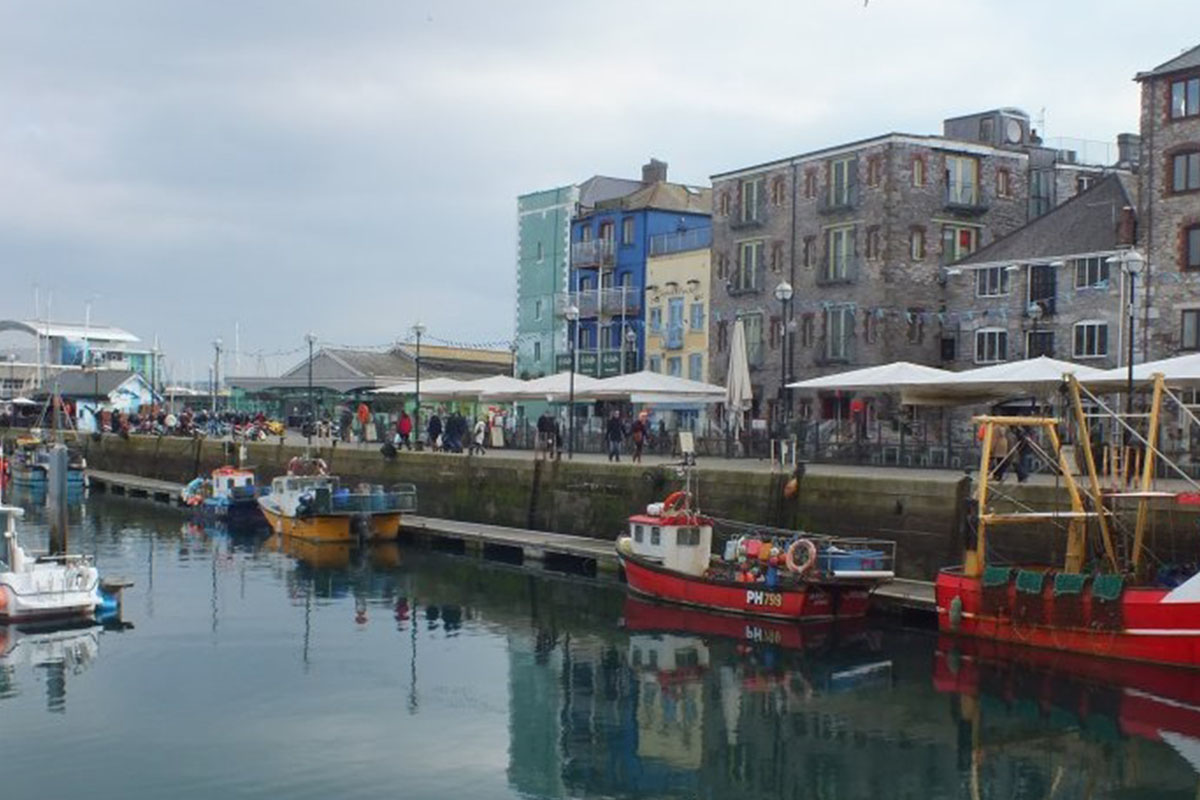 The Tamar Valley’s only city is Plymouth, home to approximately 250,000 people. Plymouth has western Europe’s largest naval base, HMNB Devonport, and one of the UK’s largest universities, the University of Plymouth. It sits between the Tamar to the west and the River Plym to the east.

Although there is evidence of a Bronze Age trading port at nearby Mount Batten, it was only in the Middle Ages that the area around the mouth of the Plym became established as a town and port. The first naval dockyard opened in 1690 nearby on the banks of the Tamar and the settlement that grew up became ‘Dock’ and later ‘Devonport’. ‘Plymouth’ was the area around the old Sutton Harbour, while ‘East Stonehouse’ (sometimes just ‘Stonehouse’) was the settlement that grew up around Stonehouse Creek. Only in 1914 did the ‘Three Towns’ formally merge to form modern Plymouth. Plymouth was awarded city status by Royal Charter fourteen years later.

Plymouth is a major retail destination, particularly since the opening of the Drake Circus Shopping Centre in 2006. The city’s Theatre Royal is the largest and best attended regional producing theatre in the UK. Not surprisingly for a city with such a large population of sailors and students, Plymouth is also notable for its nightlife.

Many of the older parts of the city were devastated by bombing raids during the Second World War. One area that survived largely intact was the area around the medieval Sutton Harbour, known for centuries as The Barbican. Here you’ll find the National Marine Aquarium, the Plymouth Gin Distillery (where the world famous Plymouth Gin has been made since 1793) and the Mayflower Steps near the spot where the Pilgrim Fathers finally left England for the New World in 1620. The artist Beryl Cook is closely associated with the Dolphin Hotel public house while Robert Lenkiewicz had his studio here from 1973 until his death in 2002. Overlooking the harbour is the Royal Citadel, a 17th century fortress now home to 29 Commando Regiment of the Royal Artillery.

Just along the shore from the Barbican is Plymouth Hoe, an open space overlooking the natural harbour of Plymouth Sound. The Hoe is a popular spot for picnics and sunbathing in the summer. Prominent landmarks are the red-and-white striped former lighthouse of Smeaton’s Tower (formerly the Eddystone Lighthouse before it was moved onshore stone by stone in 1877) and the Tinside Lido, a unique 1935 Art Deco open air seawater swimming pool that was refurbished and reopened in 2005. According to legend, it was on the Hoe that Sir Francis Drake played a game of bowls before sailing out to fight the invading Spanish Armada. The Hoe also hosts the British Firework Championships every August, which always attracts massive crowds

Find places to stay in the Plymouth area.

Find things to do in the Plymouth area.

Enjoy local food and drink in the Plymouth area.