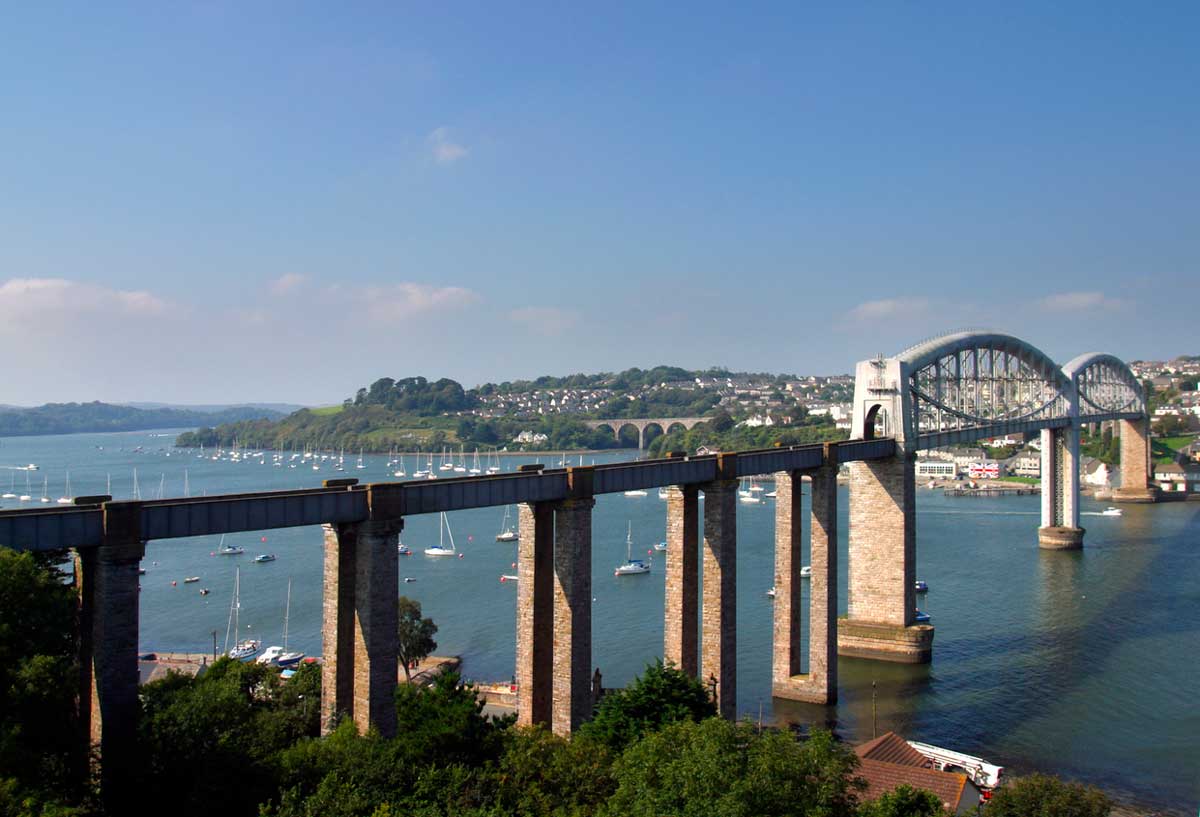 Saltash is the largest town on the Cornish side of the valley, and became an important settlement as the major crossing point on the lower Tamar – the ferry predates the existence of the town (which itself is older than Plymouth on the opposite bank of the river). The railway came to Saltash when Brunel completed the spectacular Royal Albert Bridge in 1859 but it was not until 1962 and the opening of the Tamar Bridge (then Britain’s longest suspension bridge) that road traffic could cross the river by bridge rather than ferry. Visitors arriving in Cornwall after crossing the Tamar Bridge are greeted by Saltash’s new Cornish Cross.

Because of its proximity to the Hamoaze (the wide, sheltered stretch of water where the Rivers Tamar, Tavy and Lynher meet), Saltash is a popular spot for dinghy, yacht and gig racing, especially during the Saltash Town Regatta in the summer. Just outside the town are Trematon Castle, a Norman motte-and-bailey castle built on the ruins of an earlier Roman fort, and Ince Castle, a seventeenth century manor house. There are also a number of nature reserves surrounding the town providing scenic walks, often with superb views of the Lynher and the Hamoaze.

Find places to stay in the Saltash area.

Find things to do in the Saltash area.

Enjoy local food and drink in the Saltash area.