Nestling serenely in the secluded Lew valley, in the heart of the Devon countryside, is a small wooded area known as the Forgotten Garden of Lewtrenchard. It is not a formal garden, but rather a delightful area of mixed woodland which changes its character with the evolving seasons. Take a stroll along the paths and tracks at any time of the year to experience its many faces; spring flowers, summer meadow, autumn colours and winter in all its starkness. It was formally established as a managed feature over a hundred years ago, although its roots stretch back over the centuries. Sabine Baring-Gould, who inherited the Lewtrenchard estate in the late nineteenth century, was a character of note. The Garden is operated by volunteers for your enjoyment.

Local squire and parson, historian, antiquarian, folk song collector, Sabine Baring-Gould was inspired by the local countryside to write nearly two hundred books, from pot-boilers to potted histories; he also had a hand in a hymn or two. In 1913 he established a special woodland glade near his manor home for his poorly wife, Grace, to enjoy. Having fallen into a state of neglect soon after, it was “re-discovered” a few years ago, and is being developed as a special place for local people and visitors to share.

The development project has, so far, involved a great deal of clearing, planting, rebuilding features (such as several bridges, the waterfall and the ancient Holy Well) and improving access. The work is on-going, with future activity including improvements in the Glen and, when funds allow, the restoration of several farm buildings by the roadside. We always welcome ideas and help from visitors. If you wish to make a donation to help us continue the project, please contact our Treasurer or any committee member.

The perfect place for photographers and artists to enjoy the flora, fauna and idyllic woodland. An excellent venue for educational visits. Children can learn about local history and enjoy the outdoors. Spend time relaxing, thinking and contemplating. A truly serene location for creativity and peace.

The first clue to the site of the Holy Well was a spring shown to have been present in the Glen on an 1884 OS map.

This led the Friendsto a location close to the east bank of the stream that traverses the Glen. This location also happened to be the only place in the whole of the woodlands where the background on the north closely matches the background on he photograph taken of the Holy Well in 1914 by Sabine’s grandson, also named Sabine.

Finally Rob and Beverley Stemson identified a pile of broken concrete and, close by, a section of glazed piping jutting out from the bank of a small watercourse. Jane Marchand, archaeologist to the Dartmoor National Park, suggested excavating along the course of the pipe to see where it led. So it was that in the autumn of 2007, Brian Wilkinson followed the glazed pipe for approximately 5’ at a depth of about 2’. At this point the pipe abruptly turned upwards and opened in the centre of what appeared to be the brick foundation of an overflow basin.

Excavating back from the overflow uncovered a 4’3” by 5’ concrete plinth with marks indicating where the stonework of the well had once been embedded. In the centre of the plinth Brian found a slate lined basin the dimensions of which are 2’6 by 2’9 and 2’5 deep. Sadly the only artefact recovered from the well was a 1920s penny. It can be assumed that whatever offerings might at one time have been placed in the well were removed in 1928 along with the stone superstructure.

The start of World War I in 1914, just a year after the garden was created, and the subsequent disappearance to France of young men from the parish must have placed a heavy strain on Sabine’s ability to maintain all the gardens at Lew Trenchard. The garden in the Glen would have been an early casualty. Grace’s health continued to deteriorate and she died in 1916. Sabine was heart-broken and never fully recovered from her death. His own health declined, his own ability to walk any distance was also lost and he died in January 1924 just a few days short of his 90th birthday.

Four years later, in 1928, Sabine’s daughter-in-law, Marion, moved the “wishing well” housing from the neglected wood to form a feature in her new terrace rose garden in front of Lew House. The woodland garden and the Holy Well were effectively lost… and forgotten for nearly a century. 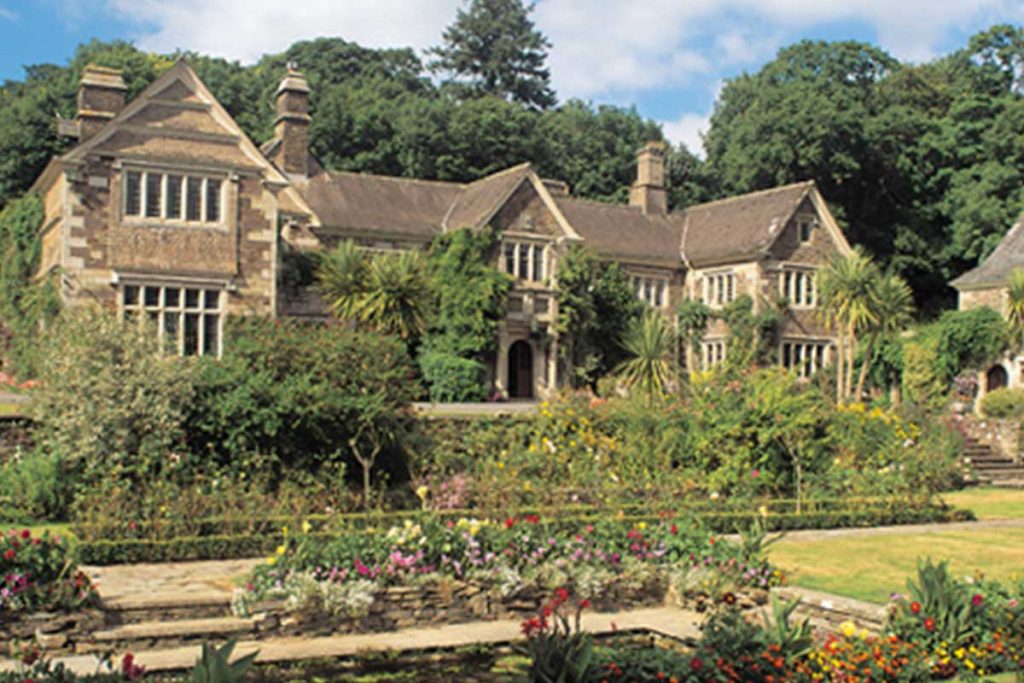 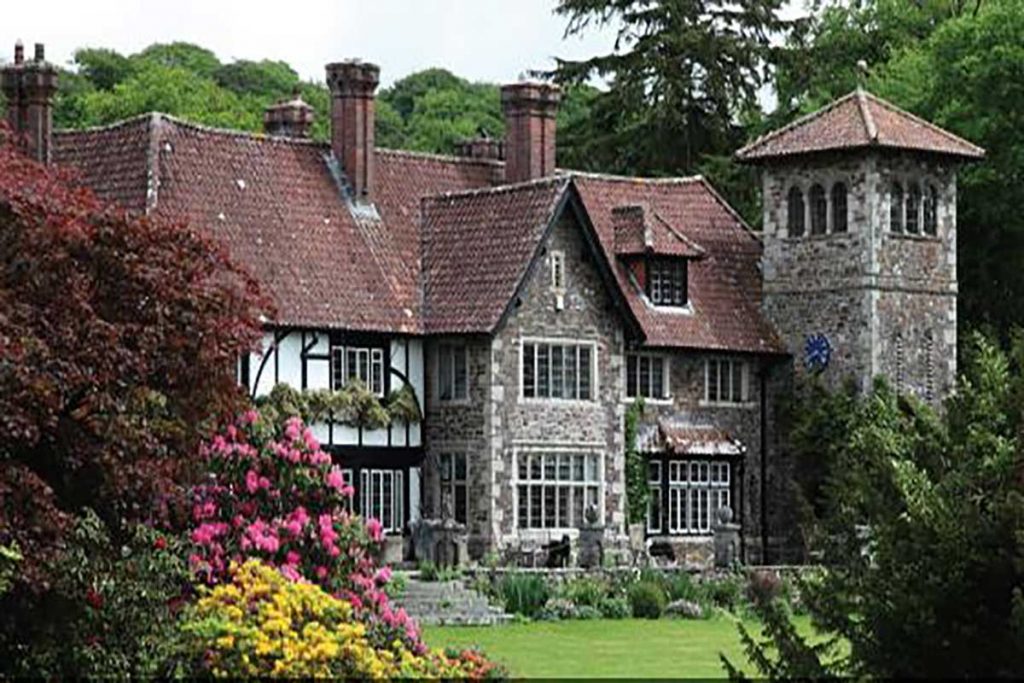 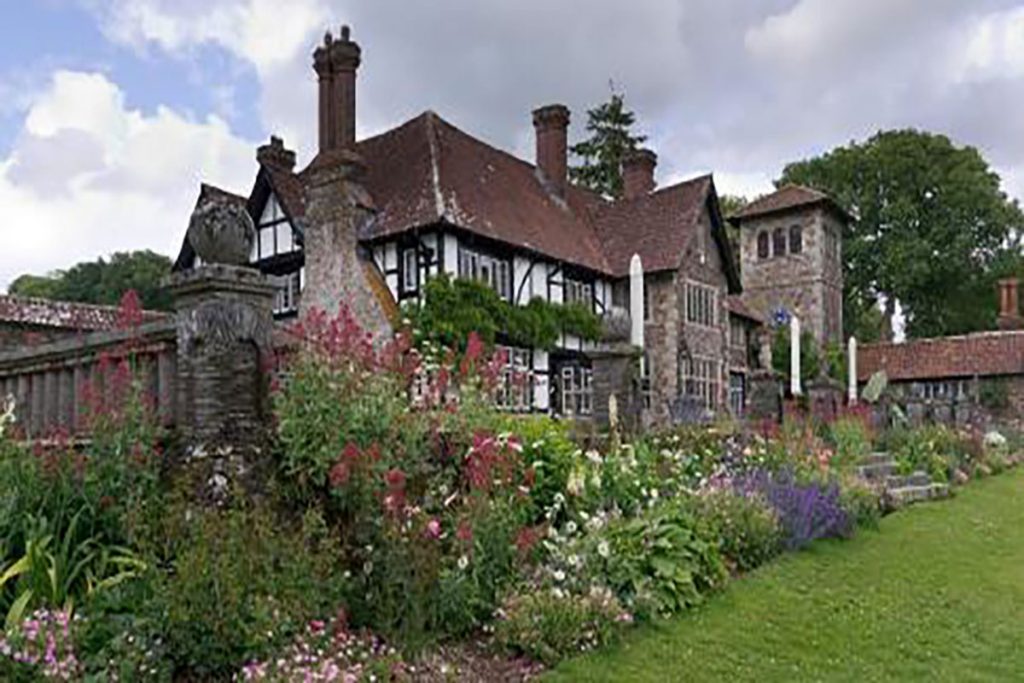