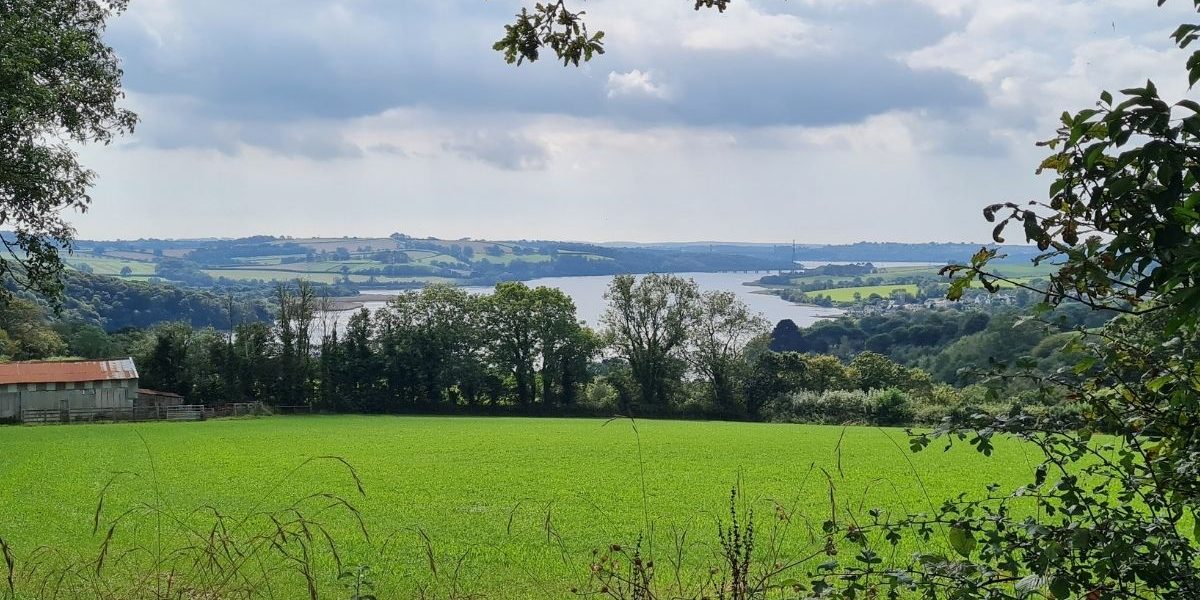 The Bere Alston Peninsula Loop section of the Discovery Trail is a wonderful, quiet route through tranquil countryside with spectacular views. We set out with the intention of walking the circular route around the peninsula taking in Bere Ferrers and the Tavy estuary, then across to the River Tamar estuary, past Weir Quay and Hole’s Hole before climbing back up the hill to Bere Alston.  In total, if you include our diversion to Lopwell Dam, the walk was about nine and a half miles long.

The start of the walk

Dog and I set off from the sleepy village of Bere Alton and walked up the hill to High-Cross where we turned left. We headed across the Down to pick up the start of Hensbury Lane. The first couple of miles along the lane are set high above sea level providing wonderful views of the River Tavy and the Tavy Bridge that supports the rail link connecting the Peninsula to the rest of Devon. From here, you can look out across the estuary to Blaxton Wood, and the mouth of Blaxton Creek with its grist mill ruins and impressive lime kilns. If you read our last article entitled Lopwell Dam to Blaxton Creek, you’ll be able to piece the two sections of the trail together visually, according to the view before you.

The countryside and the rivers are quiet and serene these days. However, it wasn’t always so. Once upon a time, the area would have been thick with activity both on and off the water. Many more people worked on the peninsula at the height of the mining and market-gardening industries. There would have been constant river traffic to a from the Quays at Maristow on the Tavy, and Weir Quay and Hole’s Hole on the banks of the River Tamar.

We walked on down Vinegar Hill, past a vineyard nestled against the sheltered slope, towards the river. About halfway down the hill, we turned left at the signpost to Lopwell Dam. Although the tide was high making it impossible to cross the Dam on foot, we couldn’t resist the urge to explore the stony track. We wandered downwards under cover of dense woodland growing on the steep slopes of the river valley. Here and there we glimpsed views of the Tavy, Maristow House and the Dam. Having satisfied our curiosity, we climbed back up to the lane and continued down vinegar hill towards Bere Ferrers.

A glimpse of Maristow House

Bere Ferrers is a tiny, pretty village on the banks of the Tavy. Its wide estuary, teeming with wonderful birdlife, seemingly just a few feet from the doors of the nearest cottages.

Bere Ferrers is mentioned in the Domesday Book, although under the name Birlanda. Bere is a Celtic word meaning spit of land, and Ferrers is the name of the Ferrers family who, during the reign of Henry II, became Lords of the Manor.

The Lane to Lopwell Dam

We stopped for a rest at the water’s edge and contemplated our onward journey whilst dog enjoyed a cooling swim. We could choose to cross the tip of the Peninsula and follow the lane along the banks of the River Tamar, before climbing back up the hill to Bere Alston on foot. Or we could hop onto the Tamar Valley Line train at Bere Ferrers station. Not wanting the lovely afternoon to end, we opted for the former. Feeling rested and refreshed we walked on.

The next stage of the walk crosses the tip of the peninsula in a westerly direction. We walked along quiet, gently undulating lanes bordered by pastureland and woodland, the early autumn hedgerows piled high with nettle, bramble and buckthorn. We encountered very few cars owing largely to a complete absence of through traffic.

The lane that crossed from east ot west

As we approached the banks of the Tamar, the rooves of the Cornish village of Cargreen glinted in the watery sunshine. Technically, had we dipped our toes in the water at this point, we would in fact have stepped into Cornwall. The River Tamar belongs to Cornwall, and if you’re in, or on the water, you’re considered to be in Cornwall until you step out onto the Devon bank.

The first glimpse of the Tamar

We walked on towards Weir Quay, past the ruins of the ill-fated South Tamar Consols mine. Not that there’s much to see, you could easily walk right past the site without noticing it. We went looking for the engine house chimney, but only found evidence of spoil. We also spotted an old sign no less menacing for being almost completely faded. It read: Danger Collapsed Mine Shaft, No Entry!

Despite being one of the richest mines in the area, all activity ceased when on Sunday 30th August 1856, the Tamar flooded the mine causing tens of thousands of pounds worth of damage. Had the accident happened on a weekday, it’s likely that more than ninety miners would have drowned.

A little further on, you’ll notice some remarkably well-preserved lime kilns on the right-hand side of the road, near the water’s edge. Most of the kilns in the Tamar Valley were built between 1770 and 1830, often in exposed locations where prevailing winds would fan the flames and keep the fires burning hot. Built wide and high, they look for all the world like small castles.

Weary now, dog and I walked on to Weir Quay Boatyard. We knew the café would be open and we’d be able to take a rest and grab some refreshments before the long climb back to Bere Alston. In times gone by, Weir quay and its deep-water berth was used for the shipping of silver-lead, the unloading of coal from South Wales, and ore from overseas. A little further on, and before you turn away from the river to walk inland, you’ll pass Hole’s Hole. Hole’s quay was used for loading locally grown fruit and flowers destined for the markets in Plymouth and beyond.

The last couple of miles lead us steadily uphill, across Moles Hole Overbridge, which crosses high above the solitary track of the Tamar Valley Line between Bere Ferrers and Bere Alston. We finally arrived back in the village where we started out. Dog and I had a good walk that day, with weary legs we were glad to rest. We’d do it again though!

Join us soon when we tackle another section of The Discovery Trail. 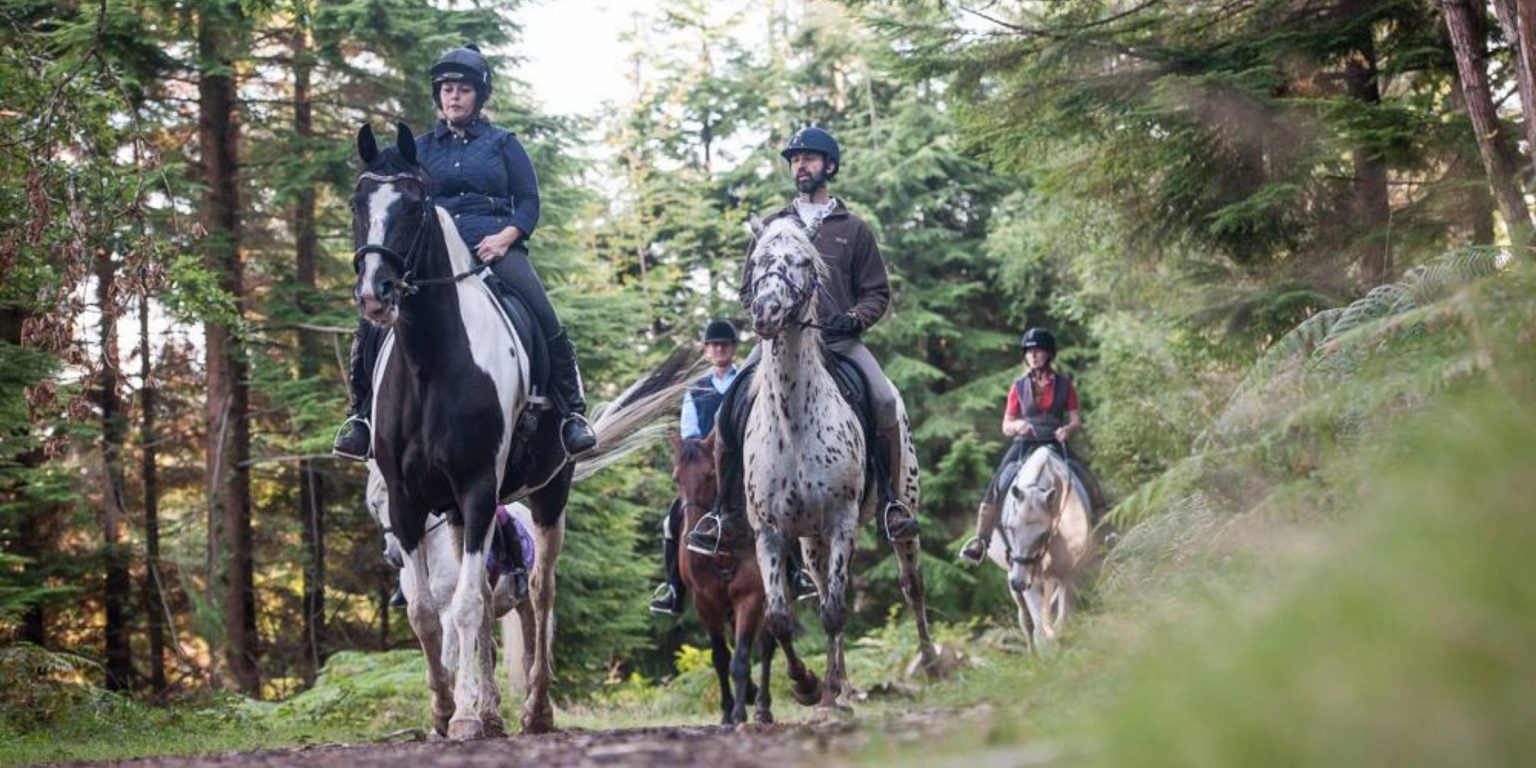 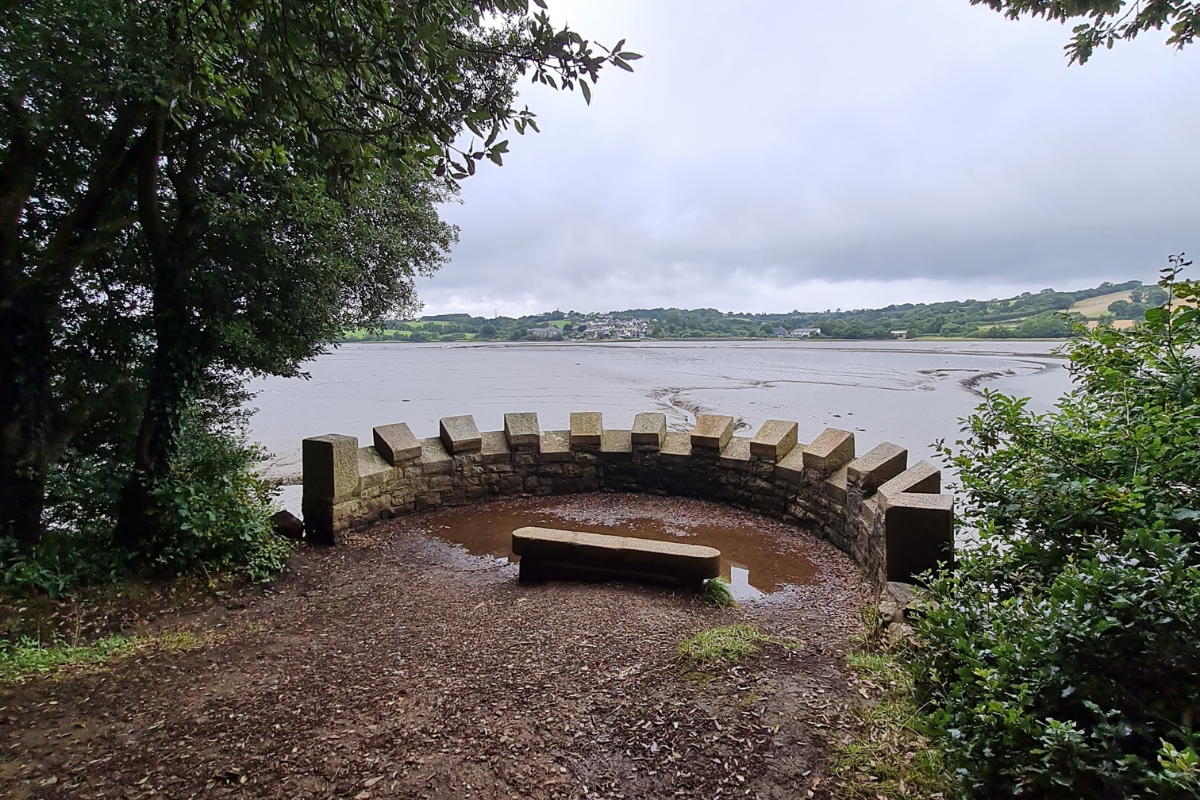